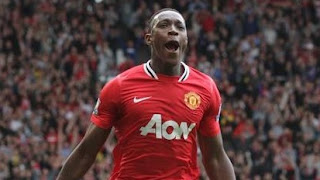 Chelsea are lining up a sensational move for Danny Welbeck. The England international has made the breakthrough to the Manchester United side this season, and has now appeared in fifteen Premier League matches for the champions. However, it is believed Welbeck could be set for a collision with the Reds over a new contract, as he demands his current salary of £20,000-per-week is trebled to align with his new status. And according to reports, this has alerted Andre Villas-Boas, who could make a move to add the 21-year-old to his squad at Stamford Bridge at the end of the season.
Email ThisBlogThis!Share to TwitterShare to FacebookShare to Pinterest