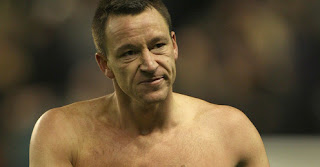 Captain John Terry insists he is totally behind manager Andre Villas-Boas and has denied reports of dressing room unrest at Stamford Bridge. Villas-Boas, 34, arrived in west London this summer with a reputation as the best young manager in the world but he has already written off his team's title chances after an erratic first half of the season left the Blues eleven points off the top of the table. Rumours of acrimony between Terry and Villas-Boas were fuelled on Monday when the Blues skipper appeared reluctant to celebrate with Villas-Boas and the rest of the team following Ramires' opener at Molineux, where they beat Wolves 2-1 to move into fourth position.

"I want to make it clear I'm 100% behind the manager," Terry said. "There are no problems behind the scenes. The manager has made it clear the players who want to stay here will be here and the ones who don't can move on. I have seen on the news that people are saying I didn't celebrate with the manager for the first goal against Wolves but I did. I ran over there and I was worried that Wolves were about to restart and take the kick-off and catch us on the break while we were celebrating. I had a quick celebration with him then after the game as well."