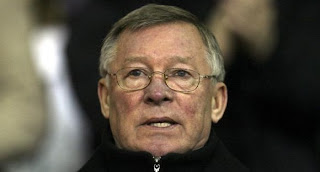 Manchester United boss Sir Alex Ferguson has dismissed speculation linking him with a shock swoop for Chelsea midfielder Frank Lampard in the January transfer window. A report today claimed that Ferguson is a long-term admirer of Lampard and that he was lining up a surprise move for the Blues veteran. It also suggested Lampard would welcome such a move as he is unsettled at Stamford Bridge. Ferguson has made unexpected signings before, not least his acquisition of former Liverpool striker Michael Owen in 2009, but the Scot moved quickly to quash the Lampard link. "Do you really think Chelsea would sell to United in January?" Ferguson said. "There's no foundation in that. Chelsea want to do something in the second half of the season so they want to keep their best players."
Email ThisBlogThis!Share to TwitterShare to FacebookShare to Pinterest