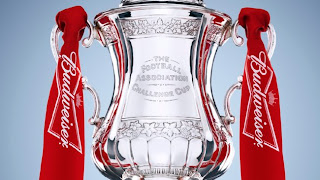 Chelsea will host nPower Championship side Portsmouth on Sunday at Stamford Bridge in a repeat of the 2010 final; an affair which was settled by a solitary Didier Drogba strike. The two clubs' fortunes have contrasted greatly since - Portsmouth have languished in the Championship while Chelsea continue to fight for top honours - but Pompey captain Lawrence feels his side can increase the pressure on Chelsea, despite the gulf in quality between the two clubs.

Chelsea
The Blues will be without Didier Drogba and Saloman Kalou after the club's request to delay the pair's departure to the African Nations Cup was turned down by the Ivory Coast. Chelsea have injury concerns over John Terry, who has been struggling with a knee injury. A decision will made on his fitness for the game after training on Saturday. Andre Villas-Boas is like to make a number of changes to his side for this, his first, outing in the FA Cup.

Portsmouth
Greg Halford and Joel Ward return to the Portsmouth squad but Ricardo Rocha and Luke Varney are doubtful. Full-back Halford and midfielder Ward were ruled out of Monday's 2-0 win over Watford through suspension after collecting five yellow cards this season. But centre-half Rocha is still struggling with the calf injury which has kept him out of the last two matches and although striker Varney is close to recovering from a knee problem he is unlikely to be risked in the cup. There will be a change at left-back after Joe Mattock returned to West Brom at the end of his loan spell.

Facts and stats
Frank Lampard has scored the most FA Cup goals since the start of the 2005/06 season (19, six more than second-placed Scott McGleish)

Chelsea have made it past the fourth round in each of the last 13 seasons in the FA Cup, only Arsenal are on a longer such run (15 games)

The Pensioners have won their last six matches against Portsmouth in all competitions, conceding just one goal in the process

Chelsea are unbeaten in their last 16 FA Cup games since the start of 2008/09 (not including penalty shoot-outs, winning 13 and drawing three

Excluding penalty shoot-outs, Chelsea are unbeaten at home in the FA Cup since 2003 (W17 D3)

Chelsea have lost only one of their last 46 FA Cup games against sides from a lower division (Barnsley 0-1 in 2008)
Email ThisBlogThis!Share to TwitterShare to FacebookShare to Pinterest