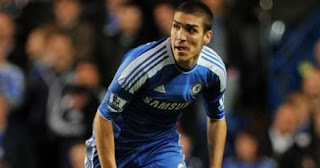 A year ago this week Chelsea went to Molineux having picked up a paltry five points from four December games, and a tigerish, spirited Wolves beat them 1-0. It was the lowest point of Chelsea's campaign, and Carlo Ancelotti talked only of his team having a "bad moment". He had no cure. It cost him his job. A year on, Chelsea return, boasting just three points from their last four games. A team said to be "in transition" is becoming a team in decline. But Andre Villas-Boas will only find the cure if he is given time.

Wolves
New signings Eggert Jonsson and Emmanuel Frimpong will both be available. Midfielder Frimpong has joined the club on loan from Arsenal for the rest of the season while Jonsson, who can play in either midfield or defence, agreed a permanent move from Hearts earlier this month. Striker Steven Fletcher will play despite taking a knock in yesterday's draw with Bolton while Dave Edwards (illness) could come in after playing 45 minutes at the Reebok Stadium but Ronald Zubar (knee) is a doubt and Nenad Milijas is suspended.

Chelsea
Andre Villas-Boas has confirmed he will make changes to the Chelsea line-up as he is concerned about the risks of asking some of his players to start twice in 48 hours following Saturday's home defeat by Aston Villa. Branislav Ivanovic and John Obi Mikel (both hamstring) remain sidelined, along with Michael Essien (knee).

Facts and stats
Wolves have failed to score in five of their seven Premier League matches against Chelsea.

Chelsea have won six and lost one of the seven Premier League games against Wolves, with the one defeat coming at Molineux last season.

Wolves have kept just one clean sheet in their last 14 Premier League games at Molineux.

Wolves have lost their opening league game of the New Year in each of the last three seasons.

Wolves have recouped more points from losing positions than any other team in the Premier League (10) this season, prior to New Year’s Day.

Chelsea have scored exactly one goal in each of their last four league games, drawing three and losing one