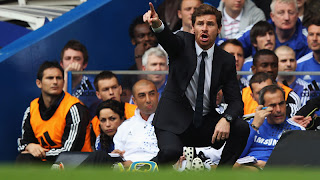 Andre Villas-Boas insists he will not sell Frank Lampard during the January transfer window. Villas-Boas's handling of Lampard has been one of the biggest talking points of his reign, with the manager often prepared to drop the England star. Lampard, 33, has openly admitted his frustration at failing to earn a regular Blues starting place. Manchester United were rumoured to be interested but Villas-Boas insisted: "Frank is not available at any price." And Manchester United boss Sir Alex Ferguson has dismissed speculation the former West Ham man would move to Old Trafford this month. Villas-Boas insists he has a 'fantastic' relationship with Lampard, despite reports of disharmony between the pair.