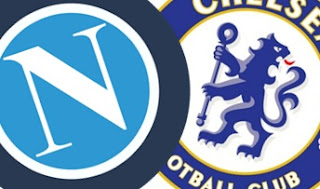 Chelsea have been handed a tough Champions League last 16 tie against Italian opponents. The Blues will take on Napoli who beat Manchester City at the group stage. It represents possibly the hardest possible draw for the Premier League, who won their group and were paired with runners-up from the first phase. The reward is now a two-legged tussle with Napoli, who finished second in their group and helped to knock Manchester City out of the competition. Napoli drew 1-1 away to City before winning the return encounter 2-1, with Edinson Cavani an influential figure in both games, scoring all three of his team's goals.
Email ThisBlogThis!Share to TwitterShare to FacebookShare to Pinterest