'Keeper laments draw as Blues gear up for Spurs 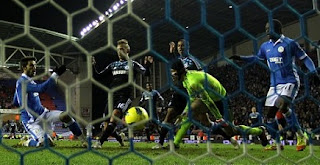 Petr Cech admits Chelsea have piled more pressure on themselves for Thursday's crunch clash against Tottenham by failing to beat Barclays Premier League strugglers Wigan. Andre Villas-Boas' side had pulled themselves right back into the title race with three victories in a row, including over previously unbeaten Manchester City last Monday, prior to Saturday's trip to the DW Stadium. Chelsea will head to White Hart Lane two points behind Harry Redknapp's side having played a game more. Cech said: "It's not an ideal point because we wanted to have three, and we can consider it as two points lost, but we have another game at Spurs and we need to get those points ideally back. They have their game in hand, they are still in the top four and they are a direct opponent for the title and for the Champions League. This makes the game even more exciting."