Joke of the day: Lampard exchange for Modric!? 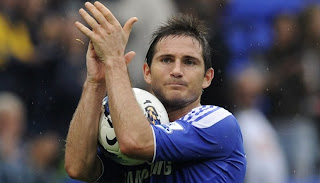 Reports are suggesting Chelsea could make a fresh bid for Luka Modric, using Blues' legend Frank Lampard as makeweight. The Blues had previous bids for the Croat rejected during the summer transfer window, but rumours are that they'll renew the bid during January using Lampard to tempt their London neighbours to sell Modric. Lampard is no longer the immovable force he once was and Andre Villas-Boas has had no qualms about dropping him to the bench. The Portuguese manager's brand of football needs a fluid midfield and the Englishman has struggled to meet the requirement with age clearly slowing him down. Modric remains Chelsea's top target and the player himself pleaded with Spurs to let him move to Chelsea, during the summer. The Blues may also use wantaway striker Nicholas Anelka and Didier Drogba to add weight to any future bid.