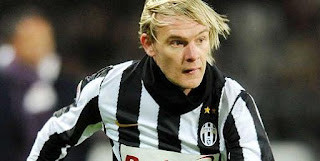 Andre Villas-Boas is preparing to launch a bid to sign Juventus winger Milos Krasic, according to reports. The Serbian has played just six games this season after falling out with Juve boss Antonio Conte and Villas-Boas is said to be a known admirer of his talents. Manchester City and Manchester United have also been credited with an interest in the 27-year-old, but the player himself reportedly favours a move to London. Krasic joined Juventus from CSKA Moscow in 2010, and has scored ten goals for the Turin club.
Email ThisBlogThis!Share to TwitterShare to FacebookShare to Pinterest