Sturridge pleased to be playing at Stamford Bridge 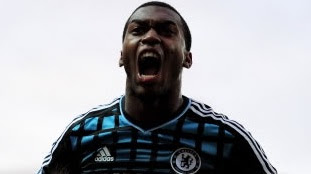 Daniel Sturridge moved to Chelsea in the summer of 2009 in a controversial transfer, after refusing to sign a new deal with his boyhood club Manchester City. The 22-year-old striker says he could not refuse the opportunity to join the biggest club in the Barclays Premier League, and insists he has no regrets about moving to west London. Despite the fact that his former employers are five points clear at the top of the table, Sturridge, who earned his first senior England call-up this week, is adamant that he made the right decision to switch allegiances. "It was stressful moving from Manchester but I couldn't turn down Chelsea," he said. "It's the biggest club in the Premier League and I'll never regret it. I'll never forget what City did for me but Chelsea is my main focus now."
Email ThisBlogThis!Share to TwitterShare to FacebookShare to Pinterest