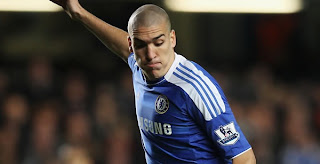 Oriol Romeu is hoping his back-to-back appearances for Chelsea are not a flash in the senior pan. The 20-year-old midfielder, who moved to Stamford Bridge from Barcelona, has featured in every League Cup game this season, including last night's 2-0 defeat to Liverpool. However, his impressive performance in the 3-0 Barclays Premier League win over Wolves suggests more opportunities could be coming the way of the young Spaniard, and Romeu is hoping he can take his chance after injury ruined his progression at the Nou Camp. The youngster is taking nothing for granted in west London though, and is well aware of the competition for places particularly in central midfield. That won't stop Romeu from fighting for a regular role in the senior side, with the player loving life in London and enjoying the culture that comes with football in England.