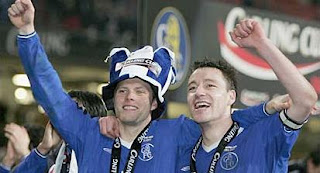 Chelsea lock horns with Liverpool again a mere 10 days since the Reds landed a knockout blow on the Blues in the league at Stamford Bridge. Despite Saturday's win over Wolves, Andre Villas-Boas remains firmly on the ropes and another defeat to Liverpool will have Roman Abramovich's notoriously itchy trigger finger edging closer towards the panic button. This is the 30th time the sides have met since 2004. One of those early encounters saw a young Portuguese manager get his first taste of silverware for the Blues as a certain Jose Mourinho masterminded a victory over Liverpool in the 2005 League Cup final. What Villas-Boas would give to repeat the exploits of his mentor come February.


Chelsea
Manager Andre Villas-Boas is likely to make a number of changes. Romelu Lukaku, Josh McEachran and Salomon Kalou could be drafted in to the first team, while Fernando Torres may get a chance to start up front against his former club. John Terry's yellow card against Wolves means he misses Tuesday's game through suspension, Raul Meireles is cup-tied, and long-term knee injury victim Michael Essien is also unavailable.

Liverpool
Kenny Dalglish will make several changes. Forward Craig Bellamy is likely to return having been omitted from the squad on Sunday on compassionate grounds after the death of close friend Gary Speed. Jamie Carragher should make his first appearance in over a month, having spent two matches on the bench after injury, while there may also be recalls for defender Martin Kelly, midfielders Maxi Rodriguez and Jay Spearing and striker Andy Carroll.

This is Chelsea and Liverpool's fifth meeting in League Cup history. Both teams have won two ties each, although Chelsea have been victorious in the last two, including the 2005 final

Kenny Dalglish has never lost to Chelsea in 12 matches as manager of Liverpool, winning nine and drawing three.

Liverpool are the most successful club in League Cup history, having won the competition seven times
Email ThisBlogThis!Share to TwitterShare to FacebookShare to Pinterest