Hopes of return to home form against Liverpool 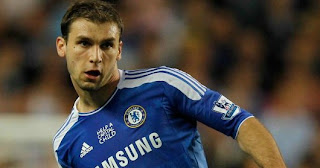 Chelsea and Liverpool have experienced an intensified rivalry in recent years, highlighted by competitive encounters in the knockout round of the Champions League and Fernando Torres' high-profile move from Anfield to Stamford Bridge in January. Defender Branislav Ivanovic is well aware of the threat Liverpool poses to Chelsea's title aspirations, but he believes Sunday's affair is essential to inching closer to the top of the table. "Liverpool are a very strong team; they have a good attack and play quick football, so we need to be ready," Ivanovic said. "We are at home, and we need to make that advantage count in order to close the gap at the top." Chelsea enter the match with 22 points for the season, enough for fourth place in the Premier League. Liverpool sit three points shy of their weekend opponents, occupying sixth place, having drawn with Swansea City last time out.