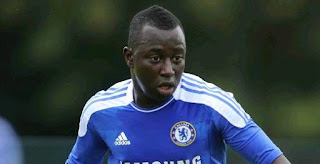 The visit to Merseyside ended in defeat for the second string who scored their goal late in the game. It was Kaby Djalo who pulled one back with his side already three goals down in a match that was played at Liverpool's academy. Chances proved hard to come by throughout for the Blues who following an unbeaten run at the start to the season have now lost three games in a row. Josh McEachran, Ryan Bertrand and Romelu Lukaku, who all started the previous match, were with the first team squad for the game at Everton so Ben Gordon started in central defence, Aziz Deen-Conteh returned at left-back and George Saville began in midfield. Carl Magnay also returned at the back and with Sam Hutchinson not involved, Nathaniel Chalobah assumed the captain's armband.