Mata well aware of history and tradition at the Bridge 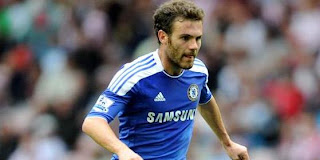 Juan Mata believes he's growing as a person - as well as a footballer - after his summer switch to Stamford Bridge. The £23m signing has already made an impression on Blues fans since his arrival in west London, scoring on debut against Norwich City and impressing in the Champions League against former club Valencia. Mata's not just interested in playing the game though, and the Spanish international is well aware of the history and tradition surrounding both the club and it's former players. "Gianfranco Zola was an incredibly talented player, a really high-quality footballer, who scored a lot of goals and was involved in setting up a lot of goals as well," Mata told Chelsea magazine. "On arriving here at Chelsea, it's quite clear that he's a legend and that people have a lot of respect for him. That's what he deserves, as he was a brilliant player."