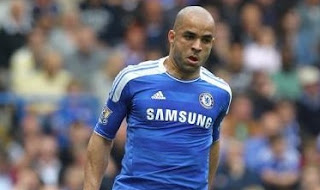 Center back Alex is top of Juventus' wish list as general manager Giuseppe Marotta prepares for the January transfer window. Juventus are eager to add some fresh blood to its back line and the Brazil international has been identified as a potential fit for the club. The 27-time Scudetto winner has previously been involved in discussions to bring Sao Paulo center back Rhodolfo to the club, but has not given up on securing Alex's signature just yet. The Turin side already showed an interest in signing the former PSV defender in the summer transfer window, but the move never materialized. Nevertheless, Marotta is hopeful that Chelsea is open to a loan move in January after Alex recently admitted that he would be keen to move to Serie A.
Email ThisBlogThis!Share to TwitterShare to FacebookShare to Pinterest