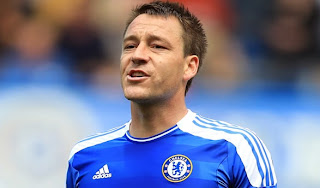 John Terry is used to dealing with slippery customers on the football field but may have got more than he bargained for when agreeing to open a Surbiton snake shop. The England Captain will cut the ribbon to mark the grand opening of Reptile Kingdom, in Ewell Road, later this month as a favour to owner Terry Clarke. Mr Clark, 33, from Ealing, who knows the footballer through a mutual friend, says he is grateful for the celebrity endorsement but is still planning a surprise for the Chelsea superstar. He said: "I am pretty sure we can get him to handle one of our Royal Pythons. He is a big strong lad so I am sure he won’t be scared. Hopefully he will bring his kids along so we can show him how friendly our reptiles are." Reptile Kingdom will have a grand opening on the October 24 starting at 2pm.

source: LocalGuardian
Email ThisBlogThis!Share to TwitterShare to FacebookShare to Pinterest