Increased bid to Spurs in January? 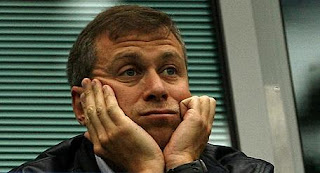 Roman Abramovich could be ready to get his chequebook out once again in January and make an incredible £52m offer for Tottenham playmaker, Luka Modric. The Blues have bid for Modric in the past two transfer windows but any fee they have submitted has been deemed unworthy by Spurs so far. Last January also saw the Chelsea FC owner write a cheque out for £50m to bring Liverpool striker Fernando Torres to Stamford Bridge and it is believed the Russian owner will now at stop at nothing to get his man. The Croatian playmaker is believed to have been subject to three offers from Chelsea over the summer, the largest of which is thought to have been worth £35m. Despite the big money bids and the midfielder actually handing in a transfer request, he was not permitted to leave the club and will now remain at the club until January at least.
Email ThisBlogThis!Share to TwitterShare to FacebookShare to Pinterest