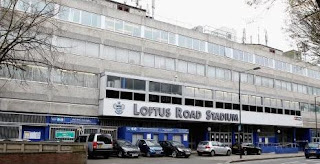 Since losing to Manchester United, Chelsea have shown signs that they are discovering the relentless consistency that underpinned their three Premier League titles between 2005 and 2010. Andre Villas-Boas' side travel across London to face Neil Warnock's troops on the back of a three-game winning run in league action. QPR have made a decent start on their return to England's top flight having amassed nine points from their opening eight fixtures. It will also be a big day for Didier Drogba. He is due to make his 313th senior appearance for the Blues, the second highest total by an overseas player. He is currently tied with Gianfranco Zola, and just a handful of games behind current team-mate Petr Cech (322).

QPR
Defender Danny Gabbidon has still not recovered from a knee injury and will therefore miss out. Adel Taarabt has been suffering from a mild virus but is likely to be fit and there has been some encouraging news regarding foot injury absentees Kieron Dyer and DJ Campbell. Campbell had an operation this week and was expected to be out for two months, but may come back sooner and Dyer may now return in December despite initial fears that he could be sidelined until the new year.

Chelsea
Ramires has failed to recover for Chelsea. The midfielder is still missing with the knee injury picked up in Saturday's win over Everton but could be back for the Carling Cup tie against the same opponents next week. John Terry, Didier Drogba and Juan Mata look set to return after being rested for Wednesday night's Champions League thrashing of Genk, while Fernando Torres serves the final instalment of his three-match domestic suspension.

QPR’s last London derby saw their biggest ever Premier League defeat when they lost 0-6 to Fulham.

QPR and Chelsea have figured in the same Premier League season just four times, but the Hoops have finished above the Blues in three of those campaigns.

Only Wolves (6%) have converted a lower percentage of shots in to goals than QPR (7%)
Email ThisBlogThis!Share to TwitterShare to FacebookShare to Pinterest