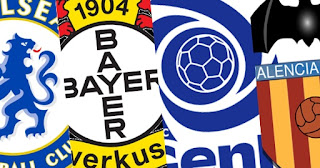 New signing Romelu Lukaku has been omitted from the Champions League squad, because Chelsea do not have enough homegrown players to meet UEFA quotas. With only 17 non-homegrown players allowed by UEFA regulations, the 18-year-old striker, who joined from Anderlecht this summer, will not be able to feature in the group stages. Given only four of the eight homegrown players can be 'association trained', England U21 international left-back Ryan Bertrand is another not included. However, promising young midfielder Josh McEachran will be available as the 18-year-old is set to be part of Chelsea's 'B' list as will defender Nathaniel Chalobah.

Other signings Oriol Romeu, Juan Mata and Raul Meireles are all in the 22-man group, reduced from the maximum size of 25 due to the lack of eligible club-trained players: only captain John Terry fits that brief, with four needed overall. Last year, Paulo Ferreira missed out but since the sale of Yury Zhirkov, and failure to sign Alvaro Pereira from Porto, Ferriera will be needed as potential cover at left-back. Regulations for the domestic Premier League are different, and would see Lukaku counted as one of Chelsea's under-21 players, so not part of the 25-man quota. Full squad can be viewed here.
Email ThisBlogThis!Share to TwitterShare to FacebookShare to Pinterest