Sturridge: Torres will find the net for Chelsea 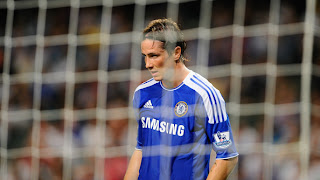 Chelsea striker Daniel Sturridge believes that team-mate Fernando Torres will hit the back of the net sooner than later. The young Englishman is ready to make his first start for the new Premier League season against Sunderland after being under a three match ban, because of a red card on the final day of last season while on loan at Bolton. However, Sturridge believes that his return to Chelsea's line-up will not threaten Torres' position at the club, saying: "For me, he's still a world class striker and it's only a matter of time before he's firing again. I think myself and Juan Mata, if we play together, will make sure of it and he'll certainly get a lot of opportunities with me playing in the team alongside him if the manager feels that's right. He's been at the top for years and obviously there has been a blip since coming here but we play well together and the future is good for Chelsea."

source: TalkSPORT
Email ThisBlogThis!Share to TwitterShare to FacebookShare to Pinterest