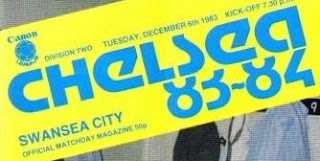 Chelsea will be happy to be back on home soil this weekend, having won eight of their last nine top flight fixtures at the Bridge. Boss Andre Villas-Boas has been extremely vocal since losing his first game in charge - at Old Trafford last weekend - both in his opinion that his team didn't get what they deserved and also in his official complaint about the performance of the officials in last Sunday's defeat. Villas Boas says he's a born winner and, until last weekend, he hadn't tasted a domestic league defeat for 17 months. In contrast, Brendan Rodgers comes into the match on the back of Swansea's first Premier League victory, a match which saw them finally score their first goals, but Rodgers will know that each and every one of his players will have to play to their full potential and hope Chelsea fall below standard to get any kind of result.

Chelsea
The Blues could change all 10 outfield players for the game against tomorrow. A youthful Chelsea side were taken to penalties in their midweek Carling Cup third-round win over Fulham and manager Andre Villas-Boas is considering whether to rest everyone who started bar goalkeeper Petr Cech, who has recovered from the head knock suffered on Wednesday. Alex is suspended and Daniel Sturridge out with a knee problem, while Michael Essien is still recovering from a long-term knee injury.

Swansea City
Rodgers has no fresh injury concerns ahead of his team's trip to Stamford Bridge. Striker Danny Graham is available after missing the 3-0 win over West Brom with a back complaint but may have to settle for a bench spot after Leroy Lita's goalscoring exploits. Left-back Neil Taylor has recovered from a blow to the head but Rodgers remains short of centre-halves with Alan Tate (broken leg) and Steven Caulker (knee) injured, so captain Garry Monk and Ashley Williams will again pair up in defence. Midfielder Kemy Agustien (hamstring) and striker Craig Beattie (ankle) are also sidelined.

Chelsea have won 38 corners so far this season, more than any other team in the Premier League

Swansea haven’t won away at Chelsea since November 1925, losing six and drawing three of the nine visits since in all competitions