Chelsea will evolve under Villas-Boas 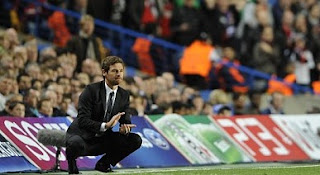 Andre Villas-Boas has certainly got off to a decent start as Chelsea manager. While the two Manchester clubs have been grabbing all the headlines with various demolition jobs, the Blues have snuck quietly under the radar. While they have not matched United and City in terms of thrills, they are still for the most part getting the results. Indeed, they were the only British side to win in Europe this week, and would be level on points at the top of the Premier League were it not for that opening-day draw at Stoke.

Villas-Boas has already shown he can make big decisions as and when he sees fit, such as when he substituted Salomon Kalou against West Brom after just 35 minutes, or when he has benched Fernando Torres, John Terry and Frank Lampard. Omitting those stars was down to resting them for the subsequent games, but he needs to start reshaping this Chelsea team sooner or later.

The Porto team he guided to such great success last season was a joy to behold, full of speed and attacking intent. It will not be possible for him to make that happen overnight at Stamford Bridge, but it is surely why Roman Abramovich pushed so hard to get him. It would be odd for the Russian to pay such a huge amount of money in compensation for a manager if he is not going to let him do things his way.

source: EuroSport
Email ThisBlogThis!Share to TwitterShare to FacebookShare to Pinterest