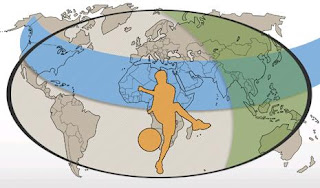 CIES Football Observatory and RunningBall have teamed up after a successful first year of predictions, and have forecast the final tables of the top five European leagues, with Chelsea, Barcelona, Bayern Munich, Inter and PSG to win their respective leagues this season. Their scientific statistics model has predicted the likely outcomes for the major football leagues following a 60% success rate from last year, where three out of the five final outcomes of the top five leagues in Europe were correctly forecast – Manchester United, Barcelona, and Lille – while Inter and Bayern Munich fell short.

The model relies on a combination of academic research with data collecting expertise, and structures its predictions around three main criteria – practice, international experience and stability – that allow researchers to allocate stars to a team, where three suggests title hopes, whilst one star is allocated for those teams avoiding relegation.

Practice consists of the number of matches played as a professional during the last five seasons, with particular emphasis on recent and big-5 league games.
International experience consists of the percentage of national A-team matches played during past year, weighted according to results obtained by the country represented.
Stability is the overall average stay of players in their current team, with more importance given to the number of seasons in the first-team squad for defenders and midfielders.