Cahill issues 'come and get me' plea 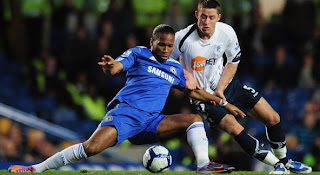 Chelsea could be back in contention for the signature of Gary Cahill after the defender revealed he wants to play European football. The Bolton centre-back was linked with a move to west London – as well as London rivals Arsenal and Spurs – during the summer transfer window. However, no deal was completed, with the other clubs thought to have been put off by the Trotters' valuation of their star man. But sources have revealed that Cahill remains keen on a move away from the Reebok Stadium as he harbours ambitions of appearing on the continental stage. Cahill's prospects of a move remain good, as Chelsea chief Andre Villas-Boas has admitted he would like to sign an English central defender.