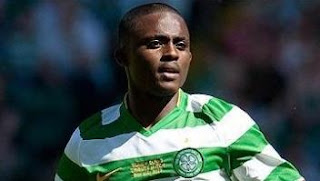 Islam Feruz has agreed to join Chelsea, his agent has confirmed. Feruz has just turned 16, but instead of signing a first professional contract at Parkhead he is instead moving south to England. The likes of Manchester United, Manchester City, Newcastle United and Blackburn Rovers have all been linked but Chelsea have always been leading the chase and they have secured a deal. The Somalian-born forward, who has been capped by Scotland at youth level, has agreed terms with Chelsea and Celtic will be due training compensation. "It is a massive step for Islam and for Scottish football," his agent Rui Alves told skysports.

Alves admits that there was little doubt he would join Chelsea after they impressed him so much. "The first impression was extraordinary, it is a feeling that the whole club is behind him, they will support him on a daily basis and give him total trust and make him believe," he continued. Feruz has been described as the Scottish 'Wayne Rooney' but Alves insists those comparisons are not accurate. "Islam is a totally different player than Rooney - he is explosive with an amazing strength and good strike, but due to his speed he can also play on both wings," he said." He is looking forward to starting his career with Chelsea, but he would love to thank Celtic for all they did for him and his parents, he is Scottish and will one day score goals for Scotland."