AVB not worried about impact of gruelling week 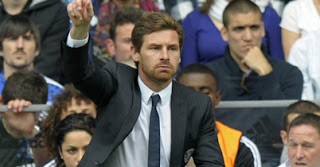 Andre Villas-Boas is confident Chelsea will not pay the price for playing for two gruelling hours with 10 men in the past week, when they visit Valencia in the Champions League on Wednesday. The Blues will travel to Spain on Tuesday having spent 124 of their last 210 minutes on the field with a man disadvantage. Hardly ideal preparation for what is expected to be the toughest of their Group E matches. Alex's dismissal in Wednesday night's Carling Cup win over Fulham and an injury to Daniel Sturridge forced Villas-Boas to introduce John Terry and Frank Lampard, who he had been hoping to rest. That had a knock-on effect for Saturday's 4-1 Premier League victory over Swansea, with Petr Cech the only survivor from midweek.