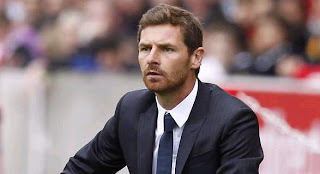 Andre Villas-Boas says any transfer target is now negotiated and settled as a collective.the Blues manager insists all signings made this summer, so far, have been done by committee. "Every decision is a club decision, not just the manager," he said. "It's a group decision between the owner, with Michael Emenalo and the scouting network. Signing Courtois, Lukaku and Oriol was a statement for the future - that we are aware of the best talent. It is a club decision. We all agreed it would make sense for our future whoever is in the position [of manager]. Courtois was the Belgian champion and one of the best goalkeepers in the Belgian league. Lukaku has broken through so early into the Anderlecht XI, plus he has European experiences with them and the price was sensible."
Email ThisBlogThis!Share to TwitterShare to FacebookShare to Pinterest