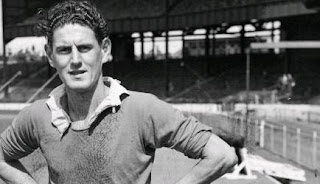 Stanley B Willemse was one of the members of the championship-winning side of 1955 and also played for Brighton and Hove Albion and Leyton Orient. Born in Brighton, Willemse served in the Royal Marines during the Second World War, and began his football career with Brighton & Hove before signing for Chelsea in 1949 for £6,000, a record amount received at the time by The Seagulls, which helped fund rebuilding work at Brighton's Goldstone Ground. He earned a reputation as a hard-tackling defender whilst with the club, and formed the backbone of the team which won the championship in 1954–55 season. He gave seven seasons of service to Chelsea, playing 221 games including 36 of the 42 league matches in 54-55 that secured the club it's first major silverware. When Chelsea won the title again in the 2004–05 season, Willemse, and fellow 1955 title-winner Roy Bentley, carried out the trophy at Stamford Bridge for it to be presented to John Terry. He has passed away at the age of 86.