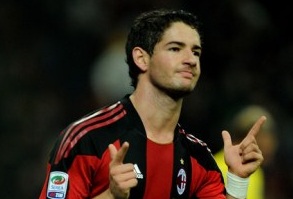 It is rumoured that Chelsea will offer AC Milan £20m plus either Nicolas Anelka or Salomon Kalou to lure striker Pato to Stamford Bridge. Andre Villas-Boas has identified the 21-year-old as the perfect wideman to aid Fernando Torres to score goals. Both Anelka and Kalou will be offered to the Serie A champions as part exchange despite both strikers declaring their interest in staying. Now the Ivory Coast international seems to have hinted there’s some truth in the rumours, and that he may be the one scarified to make way for Pato. "Change is the law of life and those who look only to the past or present are certain to miss the future," wrote Kalou on his Twitter page. Chelsea owner Roman Abramovich is known as an admirer of Pato but it is understood to be Villas-Boas who wants to push the deal through. The Chelsea manager believes his pace and finishing ability will dovetail perfectly with Torres and, along with Daniel Sturridge, will terrify all defences. Pato is an excellent finisher with both feet and potent in the air despite not being the tallest striker around, he scored 14 times in 25 games last season after suffering a spate of niggling injuries.
Email ThisBlogThis!Share to TwitterShare to FacebookShare to Pinterest