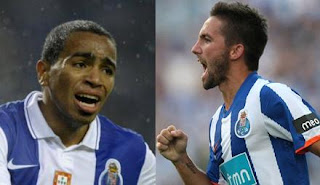 Chelsea are in negotiations with Porto to sign Joao Moutinho and Alvaro Pereira. It is believed that a Chelsea negotiator has arrived in Portugal to discuss the possibility of both players moving to Stamford Bridge. Initial talks have already taken place but Chelsea wanted to progress matters with more formal discussions. Indeed, it is hoped that a deal to sign Pereira might be announced within a few days. A bid of between £19m is set to be made for Uruguayan, with the Blues prepared to offer around £26m for Moutinho; a favourite of Andre Villas-Boas. However, Chelsea’s first-choice to bolster the centre of their midfield remains Luka Modric. The club has yet to improve on its offer of £27 m for the Tottenham player but a new bid, in the region of £30 m, is expected to be submitted soon.