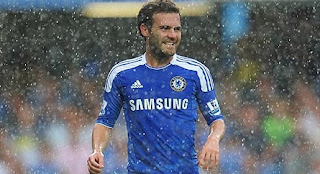 It took Juan Mata just half an hour to equal the goal-scoring record of compatriot Fernando Torres. In recent times, Chelsea have been labelled as a team that oozes power and authority more so than grace or artistry. Yet with the influence of Frank Lampard and Didier Drogba on the wane, as well as club’s inability to bed new signings into its existing philosophy, the emergence of Mata, on the evidence of his debut cameo against Norwich yesterday, could be the figure to spearhead a vital transition. Mata, who joined from Valencia earlier in the week, netted in the 11th minute of stoppage time. It was sublime, astonishing and just plain fantastic to behold.

The Spaniard was brought into the fray with 20 minutes of normal time to go, with the game balanced at 1-1 and with the momentum swaying to Norwich. Chelsea were seemingly heading towards a frustrating and fruitless conclusion. Mata’s introduction invigorated Chelsea with ideas. Instead of relying upon their usual, direct economy, the Blues became tempered with poise and delicacy. He was the architect of an opportunity for Torres, and a gilt-edged chance for Branislav Ivanovic, before he showed quick wits to intercept Richie De Laet’s wayward pass and dispatch it into the far corner of the net.

Mata can become what David Silva is for Manchester City, or Rooney to United - namely the creative hub through which the tempo and the majority of the team’s attacking endeavors are channeled. Players of this persuasion are a premium commodity, especially in the Premier League, where the defensive organization and spirit of the lesser teams holds strong against one dimensional attacks. To say Arsenal will be kicking itself after letting Mata slip through its fingers would be an understatement. In time, a Chelsea midfield that can call on Mata and Josh McEachran with Modric (or an equivalent) will take the team beyond the Lampard-Essien-Mikel years.
Email ThisBlogThis!Share to TwitterShare to FacebookShare to Pinterest