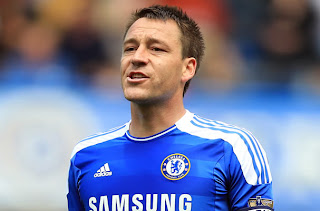 John Terry admits he is intrigued by new boss Andre Villas-Boas, who has made a good impression on the Chelsea captain since taking charge of the club. However, the 33-year-old's methods have already made a huge impression on Chelsea's seasoned professionals after six victorious pre-season matches, according to Terry. "He's come in and, really, from day one, he's been on the ball and on the button with us all," said defender Terry. "So we're all intrigued to see what he can bring over the next few weeks and the forthcoming season." He may be on track to improve the quality of Chelsea's football but Villas-Boas will live and die by results, admitting himself that he needs to win something in his maiden season. The Portuguese could therefore be forgiven for cracking the whip in training to ensure there is no complacency from his new side come the big kick-off in 10 days' time. But Terry claimed his new boss was far from a slave driver. "Andre is a modern manager," Terry said. "The thing that impresses me, he understands the players. He's not old school."