Grant: Chelsea not too old to win the title 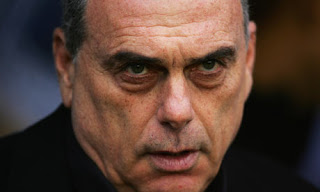 Avram Grant insists Chelsea’s ageing squad can win the Premier League title this season. The likes of Frank Lampard, John Terry, Didier Drogba, Nicolas Anelka and Ashley Cole are all in their 30s. That has led to suggestions the Blues will be too old to keep up with their rivals, particularly champions Manchester United, who have spent big on young players in recent years. Former Chelsea boss Grant, however, has told talkSPORT: “They are still the one of the best in the world in their positions. They are not too old to win the title.” Andre Villas-Boas became Chelsea’s sixth manager in just four years earlier this summer but Grant expects the 33-year-old to be given more time than his predecessors. “They will give him some time,” he added. “They know what they are doing now. They are looking for some stability. I think they will give him time to do something.”

source: TalkSport
Email ThisBlogThis!Share to TwitterShare to FacebookShare to Pinterest