Frank Lampard insists he is not past his best 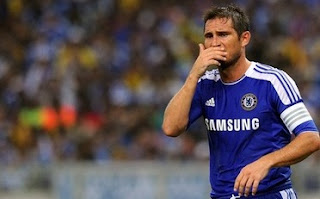 Frank Lampard insists he can continue to play at the highest level during the remaining two years of his Chelsea contract even as age begins to catch up with him. Lampard, 33, is starting to face questions about how effective he can continue to be for a Chelsea squad that has several aging players - as well as impressive youngsters like Josh McEachran ready to challenge for their places. But Lampard is confident, after passing the 10th anniversary of his £11m move from West Ham, that he has plenty of football left in him. "I think the age thing has changed," Lampard said. "People are pretty quick to write you off once you get into your 30s but they have proved to be a lot of players' best years. Ryan Giggs was outstanding against us in the Champions League quarter-final last season - and in a lot of other games - at 37 years old. If you look after yourself, keep motivated, which is very important, know your body, do the right things, and manage yourself well, then you can certainly have your best years in your 30s."
Email ThisBlogThis!Share to TwitterShare to FacebookShare to Pinterest