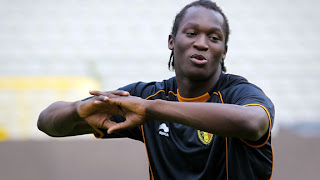 Chelsea have finally reached an agreement with Anderlecht for the signing of striker Romelu Lukaku. The 18-year-old has been linked with the Blues throughout the summer and the club reportedly had an £18m bid turned down last month. A Chelsea statement said this evening: "An agreement has been reached with Anderlecht for the transfer to Chelsea of striker Romelu Lukaku. The move is now subject to the player passing a medical and agreeing personal terms." Lukaku became a household name in Belgium when he was top scorer in the domestic league in the 2009-2010 season aged 16. He scored 16 goals in 37 league appearances last season and already has two to his name in two games in the current Belgian campaign. Anderlecht announced the sale of Lukaku on their website, but did not reveal the fee. The statement read: "RSC Anderlecht and Chelsea have reached an agreement regarding the transfer of Romelu Lukaku. Subject to the results of medical tests and the conclusion of negotiations between the player and the English club, Romelu Lukaku will therefore move into the colours of the London club."
Email ThisBlogThis!Share to TwitterShare to FacebookShare to Pinterest