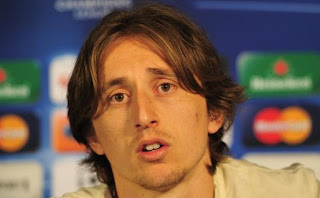 Roman Abramovich has given the go-ahead to increase Chelsea's offer to Spurs for Luka Modric to around £40m after Paris Saint-Germain thwarted the Russian oligarch's efforts to sign Javier Pastore. The Argentinean is joining big spending PSG in a deal worth £37.5m, having turned down the Blues' similarly substantial offer after showdown talks on Friday. But Pastore's Stamford Bridge snub looks to be bad news for Harry Redknapp, whose hopes of keeping Modric received a significant boost this week. Sources close to the Croatian suggested he had been persuaded to drop his transfer request to leave for Chelsea following talks with chairman Daniel Levy and Redknapp. As a result, representatives from the west London club have now been given the green light to return to Spurs with an improved offer of up to £40m in a bid to meet Redknapp's lofty valuation of his star playmaker.