Parker link may be loan deal 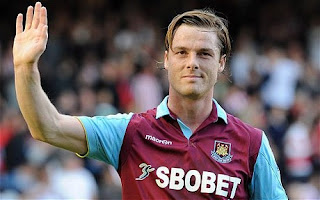 West Ham co-owner David Sullivan insists the club have yet to receive an official approach for Scott Parker but would consider loaning the England international out for the season.Parker has admitted he would like to remain in the top flight in order to keep alive his England career, leading to reports linking him to the likes of Arsenal, Aston Villa, Tottenham and Chelsea. The latter have been hit this week by the news Michael Essien will be out for the next six months and reports have suggested they are considering a loan move for the West Ham midfielder. Parker, who played for Chelsea between 2004 and 2005, has reportedly been lined up as the Ghanaian's replacement and, while Sullivan insists there has been no contact, he says a loan deal would suit West Ham.