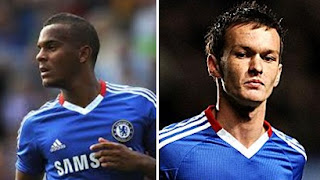 Teenage midfielder Josh McEachran signed a new five-year contract today. McEachran is regarded as one of the best prospects to emerge from Chelsea's youth academy for years and many pundits expect him to play a significant role under new Blues boss Andre Villas-Boas. The 18-year-old was part of Chelsea's FA Youth Cup-winning side in 2010 and has so far made 17 first-team appearances, including four starts. McEachran hopes to feature more often this season and said, "this season my target is just to play more minutes. Hopefully I will play more games and keep improving." Meanwhile, McEachran's fellow England Under-21 international Ryan Bertrand has agreed a new four-year contract with the Blues. Bertrand joined Chelsea from Gillingham in July 2005 and had loan spells with Norwich City, Reading and Nottingham Forest before making his Chelsea debut as a substitute against Birmingham City in April. The defender is competing with Ashley Cole for the left-back berth and he knows it will be a tough challenge to become a first-team regular.