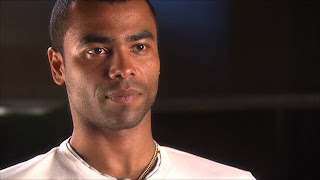 Chelsea and England defender Ashley Cole says people should judge him on his football, not reports about his private life. Cole, who has attracted a number of negative headlines, said: "I've made mistakes and have just got to live with it" he added: "Judge me on how I play football or on when you meet me." His remarks come after new Chelsea boss Andre Villas-Boas said he wanted his players to be role models. Cole's conduct was questioned this year when he shot a work experience student with an air rifle at the club's training ground. The England international, 30, also went through a very public divorce from pop star wife Cheryl last year. Earlier in his career, he was fined £100,000 by the Premier League for holding secret talks with Chelsea while still under contract to former club Arsenal. In an exclusive interview in New York, which will be aired on BBC's Football Focus in the coming weeks, the left-back said his mother found it difficult to read some of the stories written about him.