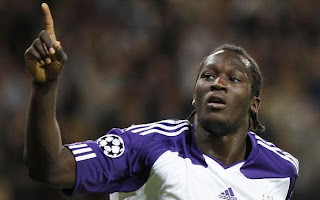 Chelsea are in talks with Anderlecht’s top administrator over an £18m move for teenage striker Romelu Lukaku. General manager Herman van Holsbeeck flew to London to try to agree a fee after the 18-year-old underlined his eagerness to play for his boyhood idols. Lukaku was hoping the meeting would lead to a deal being concluded, but Van Holsbeeck informed Chelsea that another club had registered an interest. Worryingly for the Stamford Bridge side, their former manager Jose Mourinho is a known admirer of Lukaku and may be launching a late bid to lure him to Real Madrid. Last month Lukaku filled in a questionnaire for a young fan, at a sponsor’s event in the Flemish city Hasselt, and wrote that his dream was to be a Chelsea player. Now he appears to be on the verge of fulfilling his lifelong ambition, while Van Holsbeeck speaks with the other club who have made contact with Anderlecht.