Are Chelsea desperate for Dann? 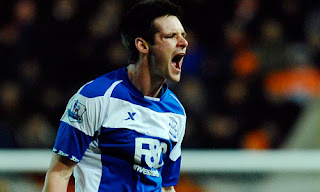 Andre Villas-Boas will watch Birmingham videos in order to fully evaluate defender Scott Dann. Chelsea boss Villas-Boas wants a British centre-back and has three on his list: Bolton's Gary Cahill, Everton's versatile Jack Rodwell and Dann. But it is understood he will make a detailed assessment of Dann by studying film of 10 City games. Villas-Boas has a reputation for forensic detail and has received excellent reviews about the Birmingham star. The Portuguese manager is keen to bolster his defence with a Brit who is dominant in the air after concerns Chelsea were exposed too often at set-pieces last season. Dann, 24, was highly-rated at Birmingham but missed the last four months of the season because of a hamstring injury and his team were relegated.