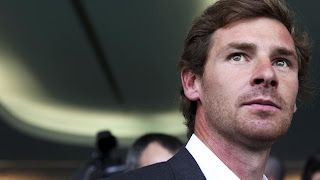 André Villas-Boas has left Chelsea waiting for an answer after being offered the chance to succeed Carlo Ancelotti. Roman Abramovich flew out to meet the 33-year-old Porto boss on Saturday when first choice Guus Hiddink finally decided he could not take the Blues job full-time. While Villas-Boas was tempted by the prospect, and the three-year deal worth £6.2million per year, he declined to give Abramovich a firm commitment. Hiddink is still expected to return to Stamford Bridge as Director of Football, bringing a layer of separation between the board and the man who was Jose Mourinho's chief scout between 2004 and 2007. Claims that Chelsea had already agreed to meet the £13m buy-out clause in Villas-Boas' Porto contract proved to be wide of the mark although Abramovich will not hesitate to do the deal to get his man if the Portuguese takes up the challenge. But Villas-Boas is understood to be wary of the fall-out if he ends up being spat out of the revolving door at the end of next season if he cannot deliver the success Abramovich demands.