Sturridge ready to up his game 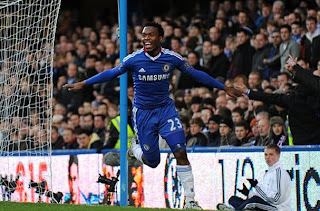 Chelsea striker Daniel Sturridge is ready to take his game to the next level and rival £50million hitman Fernando Torres for a starting berth in the Blues line-up next season. The 21-year-old starlet enjoyed a terrific second half to the campaign on loan at Bolton Wanderers, scoring eight goals in 12 appearances for Owen Coyle's side. Torres meanwhile struggled to deal with the weight of expectation following his record-breaking January move to Stamford Bridge, so both players will be looking for a bright start to 2011/12.
Email ThisBlogThis!Share to TwitterShare to FacebookShare to Pinterest