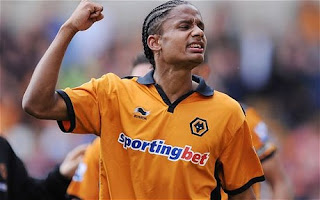 Chelsea defender Michael Mancienne has signed a four-year deal with Hamburg for about £1.75m. The 23-year-old defender moves to the Imtech Arena after a long association with Chelsea, although he is better known for this three loan spells with Wolves. He made just six senior appearances for Chelsea and will move to the Bundesliga when he returns from England duty at this year's Under-21 European Championships. Londoner Mancienne had limited chances at Chelsea but he now joins Blues former technical director Frank Arnesen at the German club. Hamburg finished eighth in the Bundesliga this season, and Mancienne has outlined his ambition to get them back into Europe as soon as possible.
Email ThisBlogThis!Share to TwitterShare to FacebookShare to Pinterest