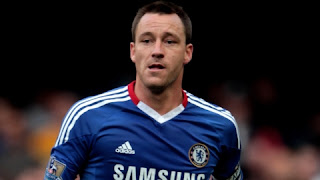 Chelsea captain John Terry has said he would welcome the appointment of either Mark Hughes or Guus Hiddink as Blues manager. Hughes, who resigned from Fulham on Thursday, and Turkey coach Hiddink have been linked with the role. Hiddink was in temporary charge at Chelsea in 2009, winning the FA Cup, while Hughes is an ex-Blues striker.

"There's a lot of speculation out there at the moment," said Terry who was speaking ahead of England's Euro 2012 qualifier against Switzerland on Saturday. "I was very sad to see Carlo go, and as a group of players we will wait for the club to make a decision. There's a lot of managers being linked at the moment."

On Hughes, who has also been linked with the vacant Aston Villa job, Terry added: "He's someone that hopefully the club will be talking to. If it's him he will be welcomed by the players." Despite speculation about the Chelsea vacancy, Hiddink is, according to his agent, committed to Turkey until at least October.

When asked about Hiddink, Terry added: "We had a great time under Guus, he would be welcomed back. "Whether we are going to get someone who knows the club or someone different, that's out of the players hands."
Email ThisBlogThis!Share to TwitterShare to FacebookShare to Pinterest