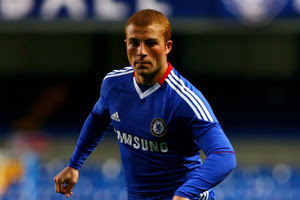 Turkish winger Gökhan Töre has become the third Chelsea player to join German club Hamburger SV, signing a three-year deal this evening. At 19 years old, Töre was an instrumental part of the Chelsea reserves' success last season, helped out immensely during the FA Youth Cup win in the season prior and is already a fully-fledged international with Turkey, featuring on the bench during their 1-1 draw to Belgium this weekend. Töre represents a signficant loss for the Blues, but comes with a reported €1.3M reward.
Email ThisBlogThis!Share to TwitterShare to FacebookShare to Pinterest