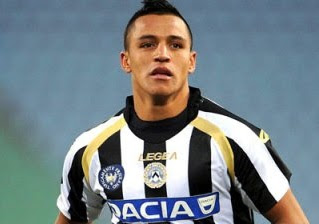 Chelsea have entered the race to sign Chile forward Alex Sanchez. Manchester City and Manchester United are already competing to sign the hottest player in Europe this summer. Udinese are looking to start an auction to drive the price up to £32million, with Barcelona, Juventus and Inter Milan also in the running. The news that Chelsea are now prepared to bid shows that owner Roman Abramovich is willing to spend big again after the £74m invested in January and Wednesday's unsuccessful £22m offer for Tottenham's Luka Modric. Sanchez, 22, scored 12 goals in Serie A last season and his pace and trickery have earned him comparisons with Cristiano Ronaldo.