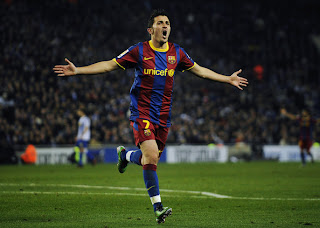 Barcelona are preparing to offer David Villa to Chelsea for £40million. The Catalan giants have ­reluctantly accepted that they will have to ­sacrifice their World Cup-winning striker to help fund a £91m triple summer swoop for Arsenal skipper Cesc Fabregas, Udinese winger ­Alexis Sanchez and Villarreal striker Giuseppe Rossi. Barca boss Pep Guardiola has been restricted to a £40m transfer budget as the La Liga and Champions League winners set about slashing their £350m debt. And Nou Camp president Sandro Rosell has made it clear to his ­manager that further money for ­signings must be generated through sales. Villa, 29, joined Barca only 13 months ago in a £35m switch from Valencia and notched 23 goals for Guardiola’s team last season. He is also Spain’s all-time record scorer with 46 goals in 72 international appearances.